2 Tone (or Two Tone) is a music genre created in England in the late 1970s by fusing elements of ska, punk rock, rocksteady, reggae and new wave. Within the history of ska, 2 Tone is classified as its second wave, and is the precursor of the third wave ska scene of the 1980s and 1990s.

The mascot named Walt Jabsco was  loosely based on a picture of Peter Tosh from the cover of ‘The Wailing Wailers’ album, he liked the look that Tosh cut, describing it as ‘Defiant & Jamaican & Hard’.Walt Jabsco got his name from an old American bowling shirt that Dammers owned. 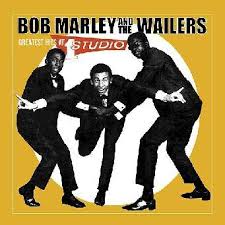 The fictional character was based on a photograph of Peter Tosh, a former member of The Wailers.

Jerry Dammers, with the assistance of Horace Panter and graphic designer John “Teflon” Sims, created artwork that was to become central to 2 Tone Records.

This drawing has become a bit of an icon; it’s part of the standard visual paraphernalia of the Rude Boy culture, appearing on t-shirts, badges, parkas, Vespa paint jobs, and tattoos. 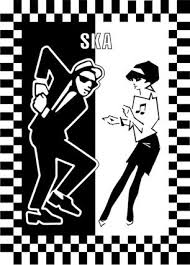 In 1979 The Beat were a young Birmingham ska band being managed by a couple of friends of Hunt Emerson. The group was exciting and fun, and released a single (Tears of a Clown) on The Specials’ label, Two-Tone.This drawing has become a bit of an icon; it’s part of the standard visual paraphernalia of the Rude Boy culture, appearing on t-shirts, badges, parkas, Vespa paint jobs, and tattoos. 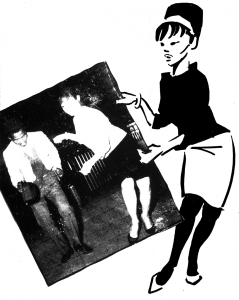 The Beat asked me to draw them a logo, something to go alongside Two-Tone’s Walt Jabsco figure – the guy in the shades and white porkpie hat. I found a photo of ska star Prince Buster dancing with a nice looking girl, and I used her as the basis for the Beat Girl. – Hunt Emerson

Rudy and Beat Girl on a Vespa.

Rude boy, rudeboy, rudie, rudi, and rudy are slang terms that originated in 1960s Jamaican street culture, and which are still used today. In the late 1970s, the 2 Tone ska revival in England saw the terms rude boy and rude girl, among other variations, being used to describe fans of that genre. This use of the word moved into the more contemporary Ska Punk movement as well. Now in the United Kingdom, the terms rude boy and rude girl are used in a similar way to gangsta or badman.

In the 1960s, the Jamaican diaspora introduced rude boy music and fashion to the United Kingdom, which influenced the mod and skinhead subcultures.[9][10] In the late 1970s, the term rude boy and rude boy fashions came back into use after the 2 Tone band The Specials and their record label 2 Tone Records instigated a brief but influential ska revival.[11] In more recent times in multicultural Britain, the term rudeboy has become associated with street or urban culture, and is a common slang greeting. The term rudeboy has become associated with music genres such as Ragga, jungle, drum & bass, garage, grime, and dubstep.

The 2 Tone sound was developed by young musicians in Coventry, West Midlands, England who grew up hearing 1960s Jamaican music. They combined influences from ska, reggae and rocksteady with elements of punk rock and new wave. Bands considered part of the genre include: The Specials, The Selecter, The Beat, Madness, Bad Manners and The Bodysnatchers.[1]

Along with ska and rocksteady music, many rude boys favored sharp suits, thin ties, and pork pie or Trilby hats, showing an influence of the fashions of American jazz musicians and soul music artists. American cowboy and gangster/outlaw films from that period were also influential factors in shaping the rude boy image. In that time period, unemployed Jamaican youths sometimes found temporary employment from sound system operators to disrupt competitors’ dances (leading to the term dancehall crasher). The violence that sometimes occurred at dances and its association with the rude boy lifestyle gave rise to a slew of releases by artists who addressed the rude boys directly with lyrics that either promoted or rejected rude boy violence. Starting in the 1970s, Jamaican reggae music replaced the ska and rocksteady music associated with the rude boys. In the 1980s, dancehall became the main Jamaican popular music genre, drawing some parallels with the earlier rude boys in its culture and lyrical content. 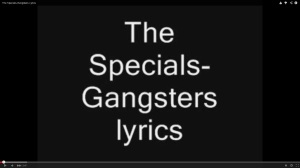 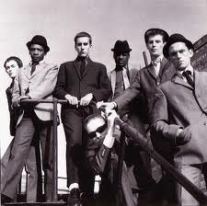 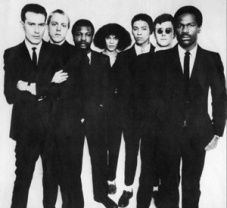